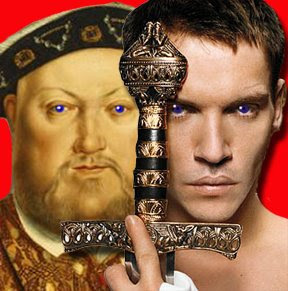 
In 2002, the Palexpo in Geneva, Switzerland, hosted a dazzling exhibition of European businesses and institutions. What better place, thought the staff of the World Council of Churches, headquartered in a modern but waning structure on Geneva's route de Ferney, to promote the nearly 350 Christian communions in its membership.


"Why religion?" sniffed a sinusy expositionist. "You burn one another at the stake, lock each other in prisons and hijack airplanes and crash them into buildings. What good has religion ever done for anyone?"


That was not the question the WCC had expected in the city of John Calvin, but when the issue was raised in a staff meeting a few days later (I was a member of the WCC's U.S. office at the time), the perfect squelch eluded us. Open-minded ecumenism is still in the trial stages -- Protestants, Orthodox and Catholics deplore each other's company at Holy Communion but we politely refrain from burning one another at stakes -- and often our sermons about Christian love ring hollow. We think religion does a lot of good, but it's sometimes difficult to get the point across to skeptics.


Since 9/11, it has been argued that Muslim extremism is one of the reasons the world distrusts religion. The world fails to notice that most Muslims also abhor the perversion of faith that leads people to steal airplanes or tie bombs around their belts to murder innocent people.


Then again, some of the quainter habits of Muslims -- not to mention conservative Christians and Jews -- rankle the modern secular world. Muslim males who assume a God-given gender superiority dress in short-sleeved shirts on hot days while their women swelter in full-body burkhas. In extreme circumstances, male superiority leads to "honor slayings" of women who stray from their spouses or embarrass their male relatives. A widely-viewed YouTube horror records an Iraqi mob stoning to death a teen-age girl who had been seen with an Iraqi boy of another Muslim sect.
Okay, religion sucks. But whose fault is that? Allah's?
It would be a mistake to blame Muslims. They have their addle-pated extremists, but there are fanatics in all religions, most of whom feel entirely justified by their closeness to God. Israelis hear God's call to build walls to protect them from Palestinians while ignoring the fact that the same walls separate Palestinians from their farms, jobs, education and healthcare. Conservative Jews persist in building illegal settlements in Gaza and on the West Bank on the grounds that God gave the land to them, not Arabs. And the people who carry "God Hates Fags" signs to military burials, or shoot doctors who perform late-term abortions, are committed Christians.

Clearly religious extremism is not a modern, media-driven phenomenon. It has been going on since the earliest Neanderthal declared that a star formation looked like a bear and was hurled into a mastodon mosh pit by a critic who said the stars looked like a duck. As human beings improved their ability to communicate, the madness deepened. In Christian history alone, the lunacy can be summarized in a few words: crusades, inquisition, dynastic wars, torture, disembowelments, beheadings and heretic immolations. And all of these horrific practices were carried out by main-stream religious leaders, not fringe fanatics.

The next time you find yourself dozing off in church or Sunday school, make a mental note to watch one of the films or cable series on Tudor England.* Each is a reminder that in church, a boring day is a blessing.
For my money, Showtime's The Tudors http://www.sho.com/site/tudors/home.do is the best depiction of the days when religion was hazardous to your health, in part because the producers let historic fact intrude only when it can't be avoided. Henry is portrayed by Jonathan Rhys Myers, a skilled enough actor but too small and good looking to be Henry. (Historians have recorded Henry's weight at 450 pounds and the King's fourth wife, Anne of Cleves, said three full-sized men could fit into his doublet.)

Be that as it may, there is a scene in season three in which Rhys Myers' Henry -- complaining of a bum leg but still sporting six-pack abs -- is shown endorsing the Statute of Six Articles of 1539. The Statute comes after Henry declared the Church of England to be independent from the Holy See so he could divorce his first wife, Katherine of Aragón, and marry his second, Ann Boleyn, and after Henry had disposed of Ann's head and moved on to wives three (Jane Seymour) and four (Anne of Cleves).
To the discomfort of the reformationists in Henry's court, the Statute -- subtitled "An act abolishing diversity of opinions" -- returned England to old-fashioned Catholic values. Among them: transubstantiation, the belief that the elements of communion are the body and blood of Christ. Or, to put it in 16th century English: "it is to be believed, and not doubted of, but that in the flesh, under the form of the bread, is the very blood; and with the blood, under the form of the wine, is the very flesh" of Jesus.


The penalty for doubting that (again in 16th century English): "every such offence shall be deemed and adjudged felony, and the offender... shall suffer pains of death."

By the time of the Act of Six Articles, thousands of reformers in England and Europe had concluded that the bread and wine were metaphorical symbols of the body of Christ. Henry's rationale for imposing the death penalty on those who believed that was simple: the fact that Jesus was quoted in English scripture as saying, "this is my body ... this is my blood."


Several centuries later, the Rev. Dr. William Lazarus, head of Faith and Order for the World Council of Churches, noted that the language Jesus used during his last supper had no such verb and his actual message to his disciples was, "This my body. This my blood." There is no grammatical construct to confirm or deny Henry's theology of transubstantiation. Those who were foolish enough to say their faith depended on what "is" is, paid with their heads.

It's tempting to wonder if religion would suck so much if we didn't think about it so much. Henry's thinking brought him to a mystery which might just as well have been left alone. The fact that he reached an arbitrary conclusion and demanded the lives of all who disagreed is one of those historic oddities that give religion a bad name.
If only we could stop doing that. Isn't there some way we can avoid using our religion to judge and condemn those whose faith is different from our own?


I think there is, and the answer lies in a dialogue that took place two millennia ago between the judges of religious law and the one who came to fulfill the law.

One thing about this summary is that the verb "is" appears only thrice, and never when it makes a theological difference. And another thing is that these words do not appear to offer a foundation on which to build divisive laws: "God hates fags;" "Hate those who are not like you;" "man is superior to woman;" "woman is superior to man;" or "build walls between you."


Sure religion sucks. But that's our fault, not God's. Perhaps it's time to stop thinking so much about theological nuances and spend more time reflecting on the 52 words that summarize all the law and the prophets.
It will save time and, in the end, it will save ourselves.
_____


* The Tudors on Showtime; Elizabeth; Elizabeth: the Golden Age; The Other Boleyn Girl (U.S. and U.K. versions); The Six Wives of Henry VIII (multiple versions); A Man For All Seasons; Mary, Queen of Scots; Anne of the Thousand Days; Lady Jane; and still more.
Posted by Philip E. Jenks at 10:20 AM 2 comments: