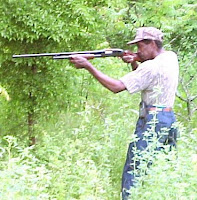 Two recent government interventions supporting gun rights are clearly aimed at courting that segment of society in which I was born, the yokel class Garrison Keillor calls the "Yahootude." But I've got to wonder if the politicians are reading us right.

Last spring, legislation to provide Washington, D.C. with full voting rights in the House of Representatives stumbled when Senator John Ensign (R-Nevada) introduced an amendment to repeal the district's ban on handguns and semi-automatic weapons.

And this month the Senate has voted to deny Amtrak its $1.6 billion subsidy unless it allows passengers to carry handguns in their luggage. "Americans should not have their Second Amendment rights restricted," said Senator Roger Wicker (R-Mississippi) in the New York Times, "for any reason."

Second Amendment intellectuals like Ensign (who in June admitted his parents paid $96,000 to a woman whose discretion he sought after he had an extramarital affair with her, but that's another blog) and Wicker have probably done their homework. They must have poll numbers showing that their largesse will make us Yahoos all weak-kneed with appreciation and maybe even fire a few celebratory rounds in the air. But as an erstwhile hunter, marksman and card-carrying member of the National Rifle Association, I wonder if they're right. Allowing citizens to carry guns in Washington and on trains sounds like a dumbass idea to me. And I think a lot of my homies would agree.

By way of full disclosure, my father -- a WWII infantry lieutenant with an Army marksman's badge -- was ambivalent about guns. A veteran of the bloody Papua New Guinea campaign, Dad had little patience with gunplay, imaginary or real. One Christmas when my brother Larry and I were very young, he bought us cowboy hats and Roy Rogers cap pistols, but he insisted that we not point them at each other. (Dude! What else can you do with a cap pistol?) Later, in a rough prelude to Jean Shepherd's A Christmas Story, Dad gave me a Red Ryder Carbine Action 200 shot range model air rifle. I was thrilled to the point of nearly wetting my pants, and I did not put my eye out. Dad carefully designed a BB range in the cellar, with side-guards and padded backdrops so we could safely shoot at targets. That didn't last long, because my brother (I won't say which one because of the 55 exemplary years he has lived since) shot one of his friends with a BB and gave him a redundant nipple that must have been quite a conversation piece on his honeymoon. I never saw the air rifle again.

As I grew into early teen-dom, Dad and I had our share of father-son disagreements, but the only thing he absolutely forbade was my participation in an organized war game in the woods between Cedar and North streets. (There were a lot of woods and few streets in Morrisville, N.Y.) The game was harmless enough, actually a 1950s precurser to paintball, without the paintballs. About 20 of us would divide into two warring teams. You knew you were dead when a soldier on the opposing team saw you hiding in the trees and shouted, "Pow! Phil!" and the rules required that you lay in the pine needles until the war was over. For some reason that eludes me now, I thought it was a lot of fun. The very idea of a war game gave Dad a chill, and in unequivcal terms he declared me a conscientious objector. Later, when I learned some of the details of his combat experience in the New Guinea jungle, I understood, but at the time I thought he was being a reactionary bastard.

Even so, guns were not a problem to Dad's way of thinking -- only the frivolous and stupid use of them. When I turned 14 and expressed an interest in hunting, he didn't flinch. He pulled out the .22 rifle his father had given him and said it would be perfect for target practice and small game. Then he went to the local chapter of the National Rifle Association and got himself credentialed as a gun safety instructor. He took me up to the woods and set up paper targets, all of them mounted on thick trees that the rounds could not penetrate. Then before he gave me the rifle he presented me with my first NRA card and told me to read the gun safety instructions on the back. The rules included logical precautions like keeping the gun unloaded when it wasn't in use, and -- loaded or unloaded -- never pointing it at anything you didn't intend to shoot. The NRA also insisted that you keep your finger off the trigger when you weren't about to shoot, to know your target and what was beyond it, and -- important in our neck of the woods -- to never climb a fence with the gun in your arms. Modern updates to the rules include wearing goggles and ear protection when you fire a gun, but that never occurred to us in 1960.

As time went on, Dad offered the same training to all my brothers and possibly to my sister, but I was out of the house when she came of shooting age. I took the .22, and later a 20-gauge shotgun, into the woods a few times before my interests turned to more effete pursuits. I rarely shot an animal, not because I didn't shoot at them but because rabbits and pheasants (and rats at the dump) are very good at eluding your aim. On the rare occasion that I shot something, even a rat, I found it a nauseating experience and I quickly lost interest in the whole gun thing.

Dad's training did serve me well when I joined the Air Force. I was comfortable around the M-1 carbine and could shoot it accurately enough to earn the Air Force expert marksmen's ribbon -- the only decoration I earned for doing something other than showing up. But by the time I had spent hundreds of cold hours on guard duty on a USAFE base in England, my interest in firearms had ebbed completely.

I do recall one sad incident involving guns. When I was 19 I used to sit next to a major's wife on bus trips to London. At the time I regarded officer's wives as an unreachable superior species, but she was also a beautiful young woman with a seductive Alabama accent. She may have sensed the crush I had on her because she talked constantly about her husband, an F4C fighter pilot. "He's just mah AH-ll," she'd say, batting her eyelashes, and I'd try not to look jealous. A few weeks later, the major accidentally shot and killed her while cleaning his pistol. But I didn't blame the gun. I blamed the damn fool for not following simple NRA guidelines.

In the ensuing decades I have rarely picked up a gun. A couple of decades ago, when I was going through a particularly rough patch, my brother Paul invited me to Florida and took me to a deserted field behind his house. He suggested I let off steam by shooting his 30.06 rifle, and I fired round after round at rocks and shrubs and possibly an armadillo or two. It felt good. It felt curative. I'd probably do it again.

Growing up in Madison County, New York, was certainly a gun-intensive experience. In the 18 years I spent there, I learned that guns were fun when used right, and bad when used stupidly. And they were used stupidly at times. During hunting season, you'd hear stories of errant rounds whizzing past people's heads or into their laundry because distant hunters weren't following NRA rules. And Uncle Bob (the deerhunter in my family) would warn us with widening eyes not to shoot a gun straight into the air no matter what we were celebrating, because the damn bullets tended to come back in the same direction. He never told us how he knew that.

But those of us who grew up in the sticks -- in Yahoodom -- understand that guns were an essential tool in the building of the nation, and continue to be a wholesome and enjoyable instrument for recreational activities like hunting, skeet shooting and target practice.

We may not be able to argue the legal nuances of the Second Amendment with you. But don't be fooled by the way we wear our baseball caps backward or smear oil on our foreheads when we lube our cars. We're not that dumb.

And most folks I know will tell you: allowing unrestricted gun use in Washington, D.C. or on Amtrak trains are dumbass ideas.
Posted by Philip E. Jenks at 9:16 AM 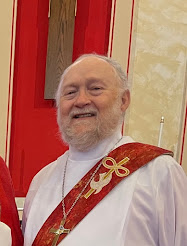